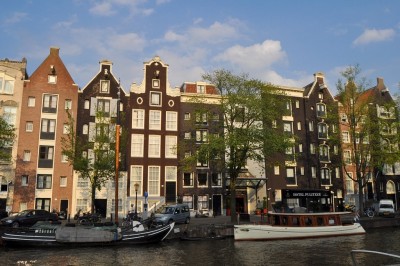 The Canal Homes Are the Quintessential Amsterdam Experience

As always, it feels divine to be in my own bed.  Especially after 26 hours of traveling, which makes me rather cranky.  Woke up, got a cab, got to the airport, the food choices were so atrocious there, that even McDonald’s was looking like a viable option.  I did manage to find a rubbery omelet and some olives, so that was food for the day.  The flight to Chicago was about nine hours.

Getting through customs made me rethink my strategy.  Of the four packages of tulip bulbs I had, two were certified to enter the states, two were not.  I wrapped the non-certified ones in clothes and stuck them at the bottom of my backpack.  The certified ones and a few other souvenirs ended up in my suitcase.  I did declare the tulips, as I didn’t want to get caught with them and cause drama.  This sent the bureaucrats freaking, since I checked that I was bringing plant material into the country.  I got sent to another place, where I was treated like I had leprosy and was told to put all my bags on the conveyor.  They came out and I told the woman that the bulbs were in the suitcase.  The man watching the camera snapped “they are in this bag too.”  I SO did not want to lose my awesome bulbs.  She saw that the bulbs were certified and they asked me about half a dozen times about the other bulbs – and I repeatedly told them, yes, they are all certified, I checked this out with the store before I bought them.  In the meantime, this woman had taken to holding the fur fox up and eyeing it with suspicion.  Like it was going to come to life and bite her, or I don’t know what.  She asked pointed questions at me, while the man was still harping on the bulbs.  Then she took out some chocolates in the shape of genitals that I picked up at the market and held them up, also eyeing them with the utmost of curiosity turning the container every which way to get a different vantage point.  She asked me about what exactly they were, and I told her “chocolate from Amsterdam – liberal place.”  She eventually cracked up, asked me about the bulbs two more time, and finally let me go.  I was happy to be freed from the reign of the bulb and chocolate breast police.

I was originally scheduled on an earlier flight to San Fransisco, but United changed my itinerar, and this meant a five hour layover in Chicago.  I assumed that the original flight no longer was running and I was fairly pissed to see there was an earlier flight and they had just bumped me and wouldn’t let me on it, since my baggage was going to be on another flight.  So there I sat, and sat, and –sat – since my flight got delayed.  I eventually got on the plane, but now, after sitting at the airport for well over six hours, I began to worry about missing my connection on the back end.  Stress was mounting!

Five hours later, we touched ground in San Francisco and the pilot announced that some people need to get off first to catch a flight to Eugene.  Luckily people were kind enough to let us get from the back of the plane to the front first, that is until we got to the first class area.  And those fat cats wouldn’t let us through.  I told them we had a plane to catch and could they please let us out and I mostly got ignored.  I saw that the next plane would stop boarding in five minutes and I sure as shit was not going to spend the night sleeping in the SFO airport.  So I simply pushed these fat cats aside and smushed my way out of the plane.  The other plane was in a different wing and I ran like heck to get there, with only one minute to spare.

It was already almost 24 hours since I had left Cocomama, I hadn’t had any nourishing food in that time, and I was cranky, to say the least.  The two super loud women behind me, who were laughing and sharing all their personal Facebook posts with the rest of us, reminded me of all the unaware and loud American’s had done the same thing at restaurants for the last three weeks.  And I just couldn’t take it anymore.  I turned around and said “could you please keep it down.  What makes you think anyone else cared about any of this stuff anyway?”  Good grief!

Anyway, now I am home – and totally loving it. 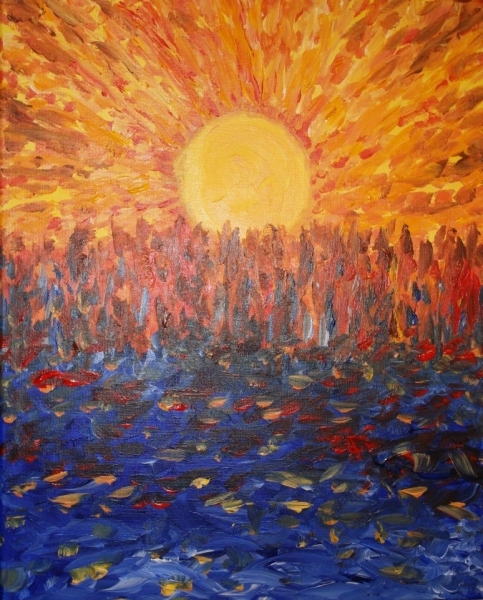 As the sun sets on this adventure, there are a few items to follow up on:

French Cheese:  Everyone is in love with French cheese, and we are all in agreement that, between the fact that they use raw milk and simply employ so many old age techniques to create an artisan product, the French can rightfully claim being the world’s best cheese makers.  They rock! Even with all the incredible artisan cheese in the States, we are missing out on something huge.

Tonka Beans:  I shared this amazing spice, tonka bean, which I learned about in cooking class with my foodie friend, Brian.  I assumed he’d know all about it, since he knows all about anything related to food (and I don’t dole out such compliments so easily).  But he had never heard of it and he was equally as captivated as me by its intoxicating vanilla, cherry notes.  So we googled it and learned that it is illegal in the US, because it contains coumarin, which when is isolated and synthesized, made into a drug that can thin the blood.  Sweet woodruff, the plant that is in all its glory around May Day, and used to make May Wine, has the same scent (although not as concentrated) and this is why it was vaguely familiar to me.  Anyway, it’s absolutely ridiculous that the same people, who claim that GMO’s and pesticides are perfectly safe for consumption, are storming into the kitchen of Michelin starred chefs and demanding to see their spice cabinets.  Anyway, one would need to consume 2500 doses of tonka bean to have a toxic effect, so this being the standard, most anything could be considered toxic.  And it goes without saying, that the French have happily been experiencing fièvre tonka (tonka fever) for many moons, with not only no deleterious effects, but actually bringing people into states of foodgasm bliss. 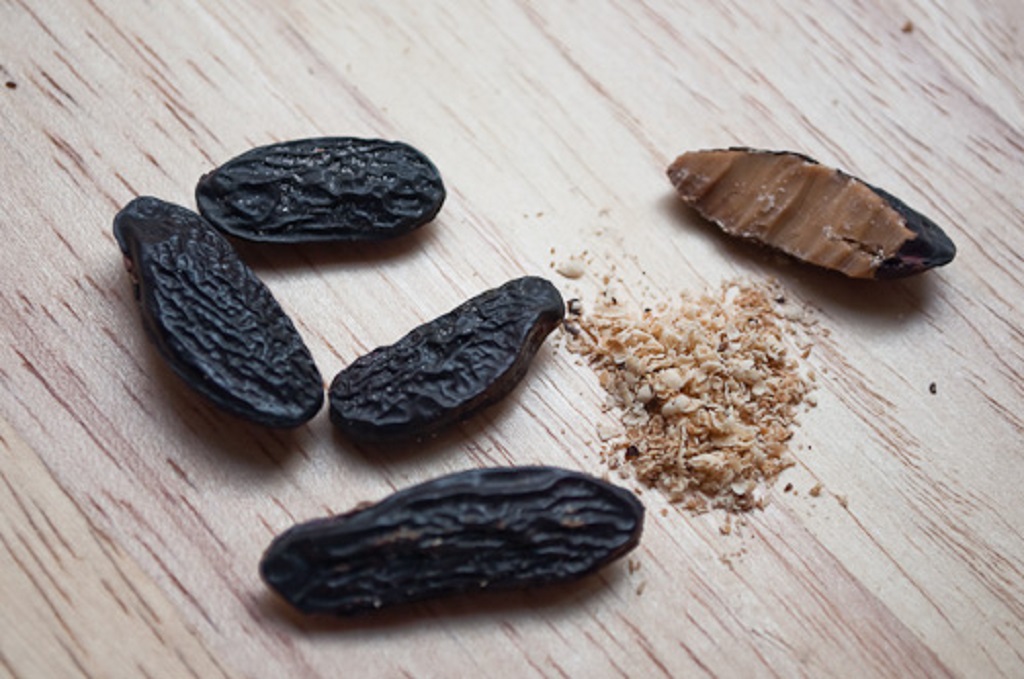 Something That Smells This Good, MAYBE Should Be Illegal

Cyber Connectivity:  Funny enough, but while I was making my way on the train to Amsterdam, Dan was emailing me while crossing the Atlantic on a big silver bird. The funny part was, he was getting a much better signal than at Aileen’s home in Gordes.

Alain Ducasse’s Chocolate:  Dan and I did some investigating about purchasing Ducasse’s chocolate for us to enjoy at home. Unfortunately, it is not currently sold in the states.  Too bad, because there are plenty of upscale chocolate shops (just on the west coast alone) that would have people clamoring for his goods.

Gourmand Tour Weight Loss Diet:  I am not sure how, but I managed to lose 7 pounds on this trip. It’s true I watched portions and walked a lot, but I watch portions at home and usually get a lot more rigorous exercise than I did the last few weeks.  It must have been all that foie gras crème brulée! 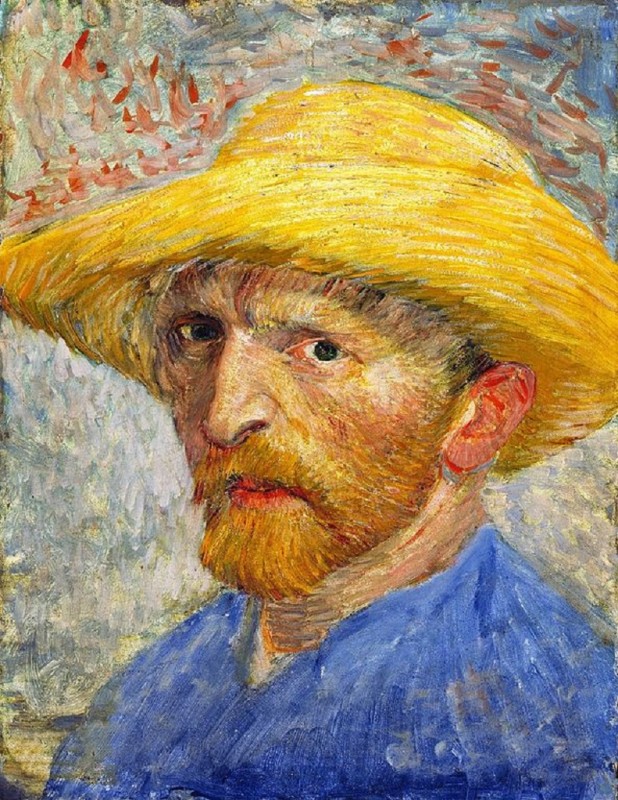 One must work and dare if one really wants to live