An Airbnb Experience – The Best Meal in Joshua Tree

What started out as an Airbnb experience, morphed into an extended conversation with an engaging Renaissance woman.  When planning my Joshua Tree trip, I was attracted to Erica’s class, High Desert Healthy for two reasons.  The obvious one being that I love cooking.  In addition, Erica’s profile explained that she went to culinary school in Paris and is also gluten free.  At that point, I couldn’t sign up fast enough, feeling confident that I would learn lots of French technique along the way.

While the experience was five hours long, it did not begin until 4 PM, so I had plenty of time to explore during the day.  Her property, which can also be rented as an Airbnb, is about ten miles north of Yucca Valley.  The other participants happened to be from Portland and, if that is not enough of a coincidence, they live on the same street as I do.  Erica invited us all outside to enjoy some bubbly, while we got acquainted and expressed if there was anything in particular we wanted to get out of the class.  Picture sipping Prosecco in a cactus garden accompanied by a glorious sunset.  The anticipation of a fabulous meal to come only added to the good cheer.

The pace of the class was leisurely, as Erica was teaching, and we worked at a slow and steady pace to prep the food.  Certainly, if she or I were cooking at home, we would be more focused on getting to the end result, but tonight, that was not the point.  A few hours later, we all eagerly sat down with our nicely plated dinners.  The base layer was “fondue” mashed potatoes.  Nestled atop was shrimp à l’américain and glazed mushrooms.  In keeping with the French and their affinity for sauces, a tomato shrimp skin sauce which possessed a lot of je ne sais quoi was drizzled on top. 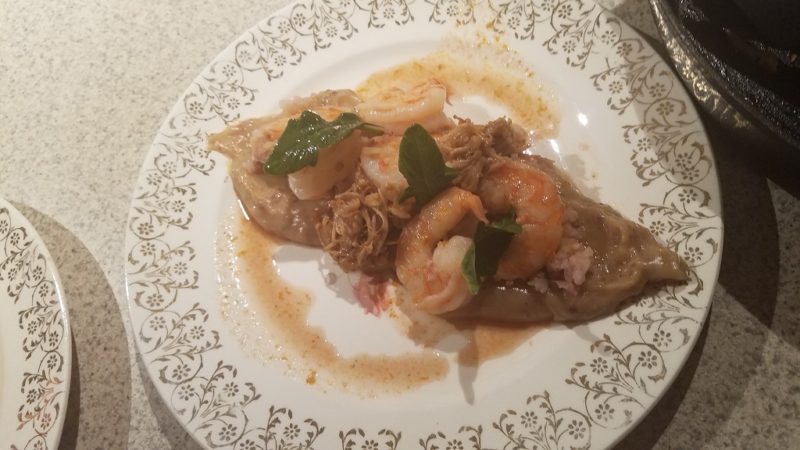 Everyone agreed that this was a mouthwatering meal.  We even declared it was the best meal in Joshua Tree.  In my opinion, it was in large part due to the liberal use of olive oil applied at exactly the right time complemented by Erica’s affinity for deglazing.  She deglazed the shrimp dish three times! Erica stood at the stove scraping caramelized sugars off the bottom of the pan and excitedly shared that “deglazing will make food taste SO good, in very little time.  That’s why it’s the best!”

I could go into more detail about how awesome the food was, but I actually prefer to go a different direction and let you know that we all were equally as excited to get to know Erica.  She was very warm and open about sharing her life with us.  Yet she struck a perfect balance, as she allowed for all the guests to share and get to know each other as well.  This experience became a highlight of the trip.

Erica and Food – How Did She Get Here? 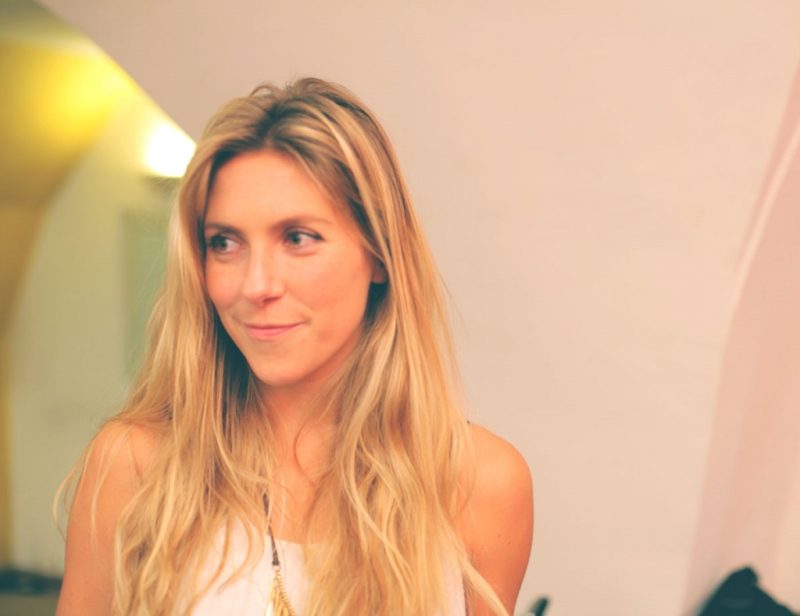 First off, it is curious (but totally makes sense on another level) that Erica chose to become a professional chef, having been burdened with stomach issues her entire life, including a deadly nut allergy.  She has always loved eating and the sumptuous qualities of food, even though she associated them with getting stomach aches.

And instead of recoiling in fear, she told me “I used my limitations to discover what would nourish me.”  So she began reading labels at a young age.  And experimenting within the confines of her limitations.  Since cooking and eating was a big part of her upbringing, it became engrained in who she is.  Erica shares the stories of how she dealt with her food sensitivities along with the many delicious recipes that she has developed in her website, Bubble Child.

As a young adult, she trained at Cordon Bleu in Paris.  Thus, her cooking is strongly rooted in French cooking techniques, regardless of what she is making.  From preparing a simple roasted chicken or sautéing vegetables, attention to temperature and how and when the fat is added is paramount.

Although traditional French chefs would find her sacrilegious for baking without butter, I actually found her lack of dogma to be quite refreshing.  She has adapted French cooking to create gluten free and healthy recipes.  As an example, we substituted for egg with garbanzo bean liquid (aquafaba) in the vanilla cupcakes we had for dessert.  From a flavor and texture standpoint, we could not tell the difference. 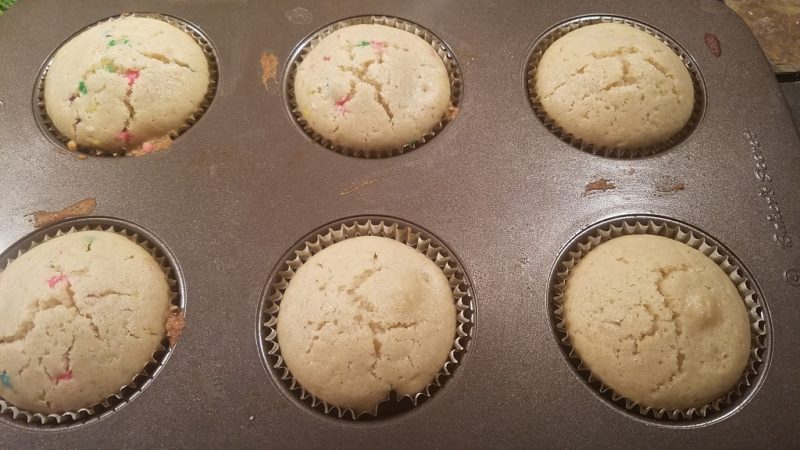 Erica’s viewpoint is “It’s about knowing the basic principles, knowing why they exist, and what something is supposed to look like.  And then converting my understanding to other ingredients.”  She actually has learned to love working within dietary constraints.  Even though the choices are narrower, meals simplify and she can bring out the flavor of fewer ingredients.

Tell Us About Food and Life in Paris!

When Erica was in Paris, she had the great privilege of working at Pur, a Michelin starred restaurant.  “It was very formal, the level of attention to detail was astonishing.”  From picking out the nicest leaf to be used as a garnish, to spending an hour making a crusty detail to be placed on top of the lobster tail.  It was nothing short of insane.  And at the same time, she adored the chef who was a truly caring and wonderful individual (very rare at this level of restaurant).

The variations are probably a result of inherent cultural differences.  “We prioritize fun and comfort here.  The French people are more perfectionists.  They have been through a lot more stuff, they are a lot more jaded.”  In the States, we think, if it isn’t fun, why do it?  And while there is a great desire to offer an excellent dining experience in Portland or New York, there is usually a real team spirit in the kitchen. 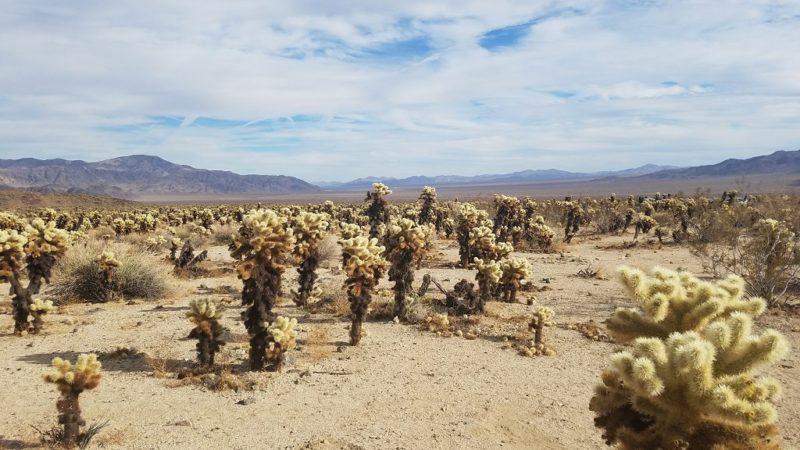 I have always been curious as to what makes the French such perfectionists around food.  Having lived abroad, Erica was able to offer some insight.  Firstly, they have their history and how they have been raised by their perfectionist parents.  Secondly, they have a strong pride in refinement.  Thirdly, they are a very sensual people.  Food is undoubtedly sensual, so it makes total sense that they have a strong recognition and feelings around it.  And last but not least, zee détails are just very important to the French.

While Erica has no desire to move back to France (but she never says never), there are things she loves and misses about living there.  For example, she misses the whole experience of shopping for a meal.  If you want cheese, you go to the fromagerie.  When you want meat, you go to the boucherie.  If you want fresh vegetables, you go to your local marché.  She fondly recounts that “there is something cute, even if it is more time consuming, that makes you appreciate every ingredient you have.”

Also, she appreciates how direct the French are and how they are willing to engage in a philosophical inquiry.  Once you are in a friendship with them, they are not afraid to go deep.  In the States, and certainly on the west coast, it is much more difficult to engage in meaningful conversations.  Perhaps the east coast is a bit more similar to how she describes the French.  To summarize, Erica said “they definitely will call a spade a spade, instead of putting rhinestones on it!”

Erica von Trapp’s Musical Life – Another Side of the Coin 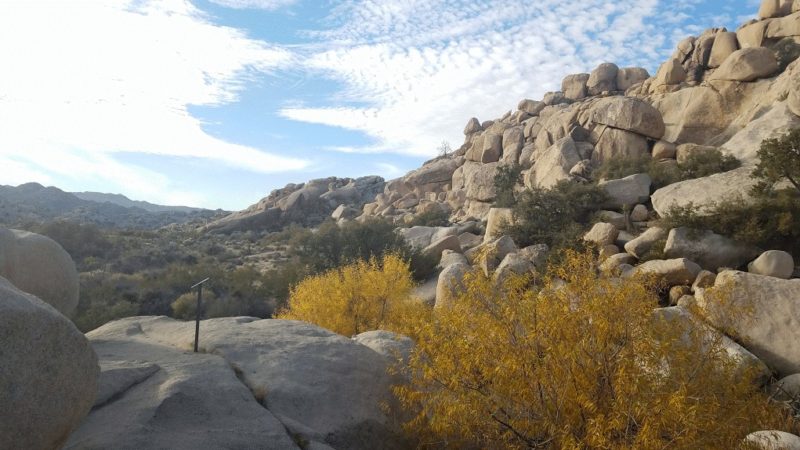 Sitting in the garden at the start of our evening, our Portlander discussion revealed that Erica was in town recently performing.  Naturally, her life as a musician piqued our curiosity.  She is in a band with her husband, a Frenchman whom she met while living in Paris.

Once I was home, I googled her and the door opened to her band, Jane Machine.  Her melancholic music and sultry voice immediately pulled me in.  In fact, I found it to be trance inducing.  Clearly Erica is a creative woman and can express herself in a myriad of ways.  Since she was old enough to talk, she knew she loved music.  As a child, she was always singing and dancing.  She started playing the piano in kindergarten.

Whether in music or cooking, Erica wants to have her hands in all parts of the creative process.  She creates her own recipes for Bubble Child and does cooking videos.  And she writes the music and acts in the music videos for Jane Machine.  Both art forms are cathartic outlets.  Erica states “cooking is sharing the joy and music is getting out the pain.  The songs are the darker side of me and the cooking is the light.  They both serve to keep me going.”

In fact, for Erica, the creativity in one sphere acts to feed the other and vice versa.  She told me that the night we had our cooking class, she later that evening wrote a song.  She had a lovely and fun time cooking and then, with time to herself, starting thinking about other things and a beautiful, tragic song came out.  For her “it is all energy and it can morph.”

Erica’s music and cooking are separate in terms of making a living.  Although there is some crossover between people who meet her in one venue and take up an interest in the other.  I would fall into this category as I am eager to see Jane Machine perform when they get to Portland.

Jane Machine’s debut album, Back Seat Driver is done and will be released this spring.  She happily proclaims “I am already working on another one.”

And, surely you must be wondering, if Erica is related to the von Trapp family in the Sound of Music.  As a matter of fact, the east coast von Trapp’s did a little bit of genealogy and tracked down the west coast von Trapp’s.  And confirmed that she is!

Bringing it Back Around and Airbnb 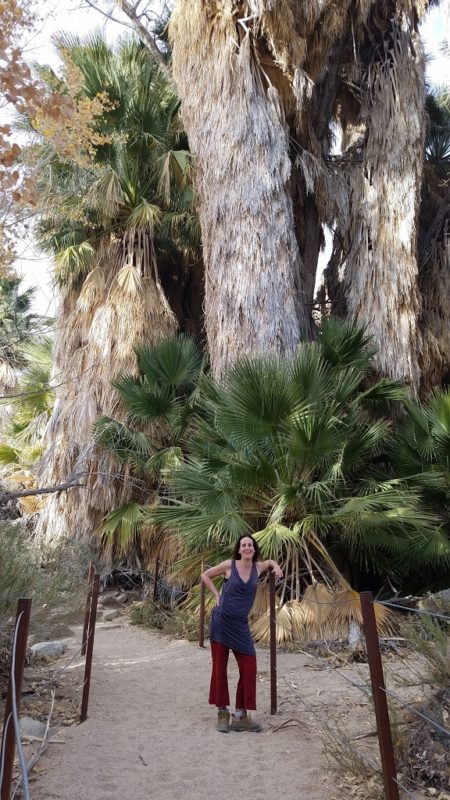 Erica started offering cooking experiences with Airbnb in Paris, when Airbnb was first rolling out their new Airbnb Experiences.  “My classes took off, because Paris is the most visited city and it’s hard to find gluten free” she recalls.  When she moved back to the states, she offered a cooking experience in LA.  She has found the sweet spot with doing a half day gluten free boulangerie class.

Her Joshua Tree classes are the newest addition, and they are gaining traction, since Joshua Tree is becoming such a popular place to visit.  Right now, every class she has listed has filled up.

Erica loves offering cooking classes through Airbnb.  They provide the organizational structure.  So she gets to schedule experiences whenever it works for her.  She expresses the benefits in terms of “I have a really fun time, I get to meet people from all over, and still get to share cooking with people directly.”

Erica loves traveling herself.  Her grandfather wanted to offer the grandkids the gift of travel while he was alive to see it.  And so, from a young age, she’s had the great joy and privilege of seeing the world.  And her life has continued to expand globally.  Her French husband used to live in Hong Kong.  And surely it comes as no surprise that Erica feels “living in Paris changed my life!”  She’s even had the opportunity to travel to Asia for work.  She and her chef from France were invited to cook at an event at the Park Hyatt in Shanghai.

Right now, she is very comfortable splitting her time between LA and Joshua Tree.  As well as her energy between music and cooking.  “Being able to eat and enjoy food is one of life’s greatest pleasures.  Sharing food and knowledge about cooking great food with others is definitely very important to me and completely rewarding.  Without enjoying food fully, we are not fully living!” 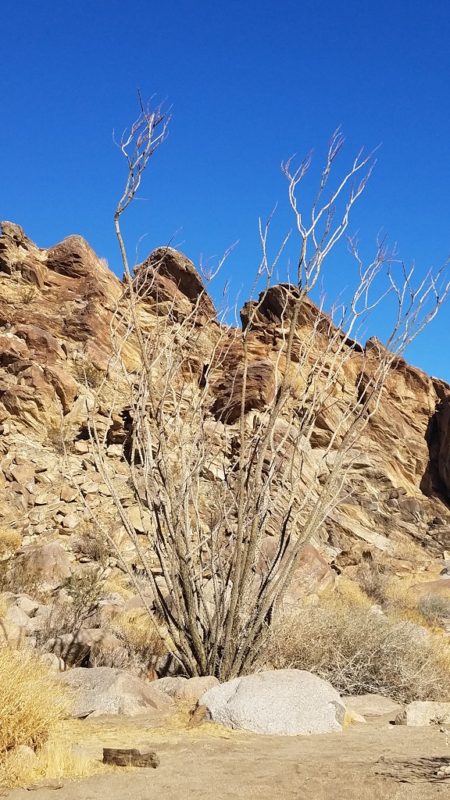