Stocking Up on Good Travel Karma 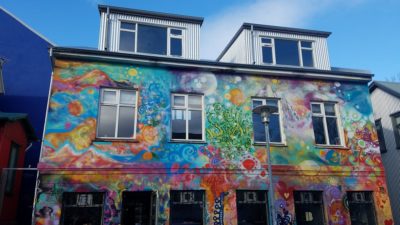 What is That Thing We Call Karma Anyway?

Karma is one of those esoteric things.  Not everyone is a believer.  Without any attachment, I happen to be a believer.  Karma has brought me many blessings through the years.  A couple times when I was on the wrong side, it kicked me in the butt.

I definitely prefer to live life with my karmic bank account in the black.  That way, I trust that when I need to use some up, there will be plenty to work with.  Certainly stocking up on good travel karma is not just for when you are traveling.  It can be applied in your daily life.  But since travel brings uncertainty and the unexpected, it can place us in vulnerable situations, often asking or wishing for help.

Most recently, I was in Iceland.  I stepped off the plane in Keflavík feeling pretty good (a seven hour flight is not that long, after all).  I did not see one of my two checked bags on the conveyer belt and I felt a tremor of concern.  However, an inquiry at the desk directed me toward the hidden nook labeled “odd sized baggage.”  So off I went and of course I was relieved to find it there. 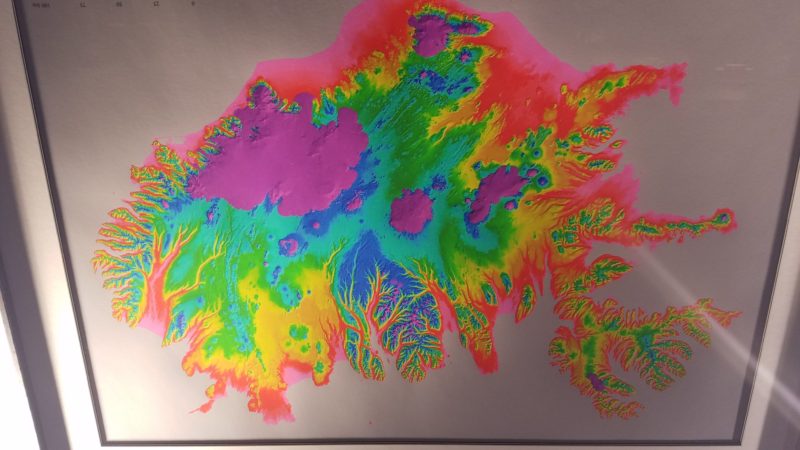 Filling Your Karmic Bank – For Travel and Otherwise

Well, searching for my missing bag diverted my walking a bit and I happened upon a wallet on the ground where virtually no one was around.  It was open and my heart sank when I saw a passport in it.  That is no way for anybody to start off a vacation.  I picked it up and saw a woman’s license and a few credit cards.  Seriously, that has to be the worst beginning of anyone’s vacation!

I looked around and did not see anyone who looked like the license picture, but I did head over to the information desk to turn it in.  To be honest, I don’t know if the rightful owner was reunited with her oh so important belongings, but let’s hope she was.  I would like to think that she realized she lost her wallet before she even left the airport (money for a cab or ATM) and that she found her way to the info desk.  For me, well, I was grateful to be able to help someone divert needless drama – and stock up on some good travel karma.

From this start my trip goes on in a wonderfully adventurous fashion.  As is often the case, I pack extra things I don’t need.  Like enough shoes that I now wear the moniker Imelda Marcos.  And leave out one or two things I could use.  I brought a balaclava scarf since it protects the face, but it was thinner than the wool scarf I normally wear.  The result – my neck was chillier than I wanted for much of the trip. 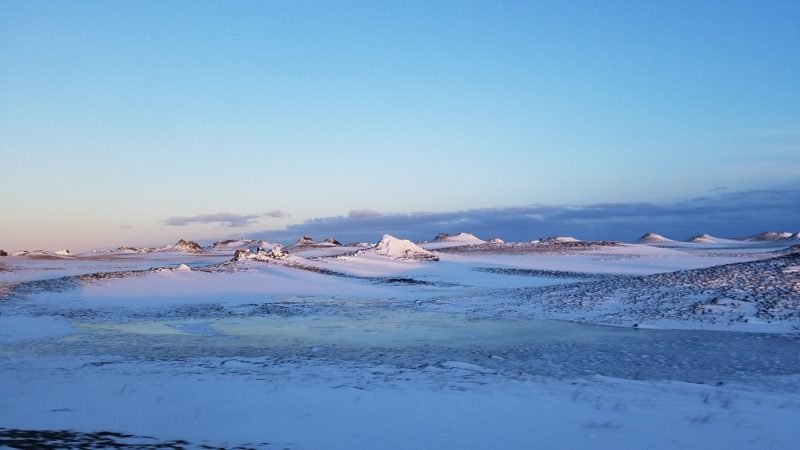 Anyway, the last morning of my trip, I was walking around the grounds of Magma Hotel.  Which was a row of huts in a very remote region of Southern Iceland.  I found a lovely woolen scarf.  In an instant I picked it up and thought “this would be perfect for me.  It will be cold today in the ice cave and this is just what I need!”

Now if I had found it in the middle of a hike, I would not have thought twice about adopting it.  But a little voice inside my head said “the owner of the scarf is probably at the hotel right now and you probably said hi to her this morning at breakfast.  Give it back.”

So without another thought, I handed it into the hotel manager and told her I’d love if she could reconnect the scarf to its owner.  It was a boutique hotel with a limited number of guests, so it is very likely that the two found each other.

And I happily went on my day to celebrate the glaciers, the glacial lagoon, and the ice cave.  And it was one of the more magical days on the trip, cold neck and all.

What Goes Around Comes Around

Trying to squeeze in a couple final experiences before returning to the States the next day, I went for a two hikes at Skaftafell National Park.  The first one to Svartifoss was an uphill trek to see a waterfall that cascades over hexagonal basalt columns that look like they are suspended from the top of the mountainside.  Very interesting indeed.

The second one was out to Skaftafellsjökull Glacier.  The hike was flat and about a mile each way.  I knew I’d be racing against daylight on the drive home, but I also knew I’d regret not getting up to the tongue of a glacier without a guide, given the chance.  So I was off.

It was as majestic as I thought it would be.  Windy and raw are two adjectives that come to mind.  I went out on the glacial plane which was covered with a thin sheet of ice.  On it lay chunks of calved glacial ice, probably from last summer.  The ice flowed out to the plane only to freeze again once winter set in.  Like a seal, I climbed atop it.  It was slippery and cold and fun.  In part, I was motivated by getting my hiking partner to snap that one last wow photo.

My partner got the picture and handed me my phone back and we booked it back toward the marked path.  In the few minutes of walking on the expansive plane rushing to make time and fighting the wind, I somehow allowed my phone to drop out of my bag.  I was not aware that I was swinging my bag, but obviously I was.  There was nothing to do but retrace my steps.

We went back and forth a dozen times.  Honestly, the area I walked in was not that large and I was sure the phone would stand out because of its purple case.  But it did not.  Maybe the wind was too strong and covered it up with dirt, even in a few short minutes.

I was sad to admit defeat and even more so because my pictures from the last two days had not yet uploaded to Google Photos.  And Southern Iceland was some of the most dramatic scenery of my whole trip!

I tried to convince myself there was no point crying over spilt milk and I was grateful just to be on the trip.

What?  Really?  What Were the Chances of THAT? 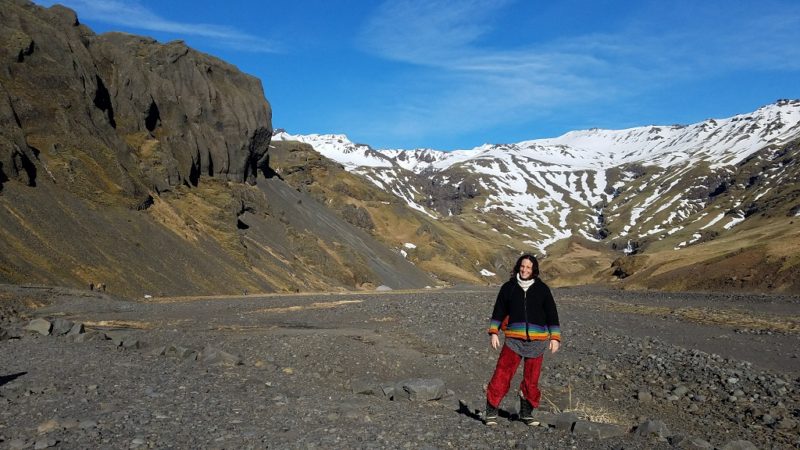 The next evening, I landed in Seattle and when I get on my computer, I saw an email from a friend saying “did you lose your phone in Iceland?  Marta and Andre have it and when they return to Spain in three days, they will mail it to you.”

OMG!!  Really?  How could they have found it when they were not even looking?  Even when I scoured my footsteps searching for it!  I don’t know and perhaps I don’t need to know.  I used a friend’s phone to get in touch with them on WhatsApp and well, the rest is history.

There are lots of right ways to live.  And it never hurts to have good travel karma on your side.  You just never know when you’ll need it. 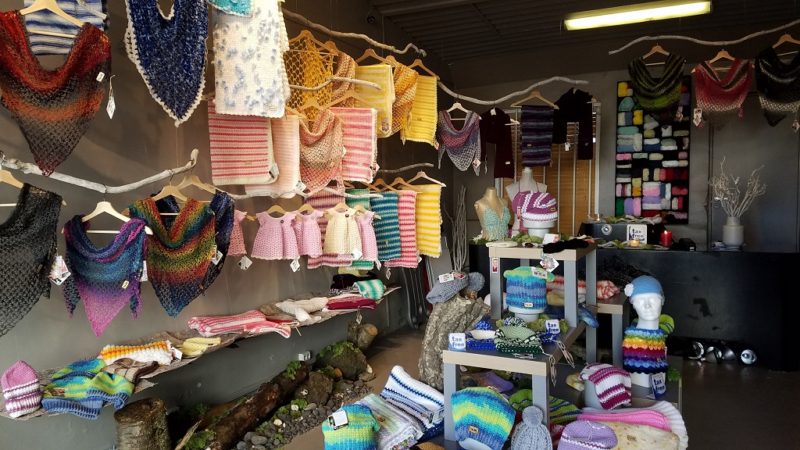 ** PHONE UPDATE – Marta and Andre returned to Spain a few days later and put my phone in the mail.  It left Spain within five days, got to the US and cleared customs within a few more days.  But it ended up collecting dust in a holding center in NY for over a month, with no electronic way to track it.  I almost gave up, just because I did not want to bother Marta to invest more time than she already had into the search.  But she was persistent.  Many bureaucratic hours and weeks later, my phone and I were happily reunited in Portland!